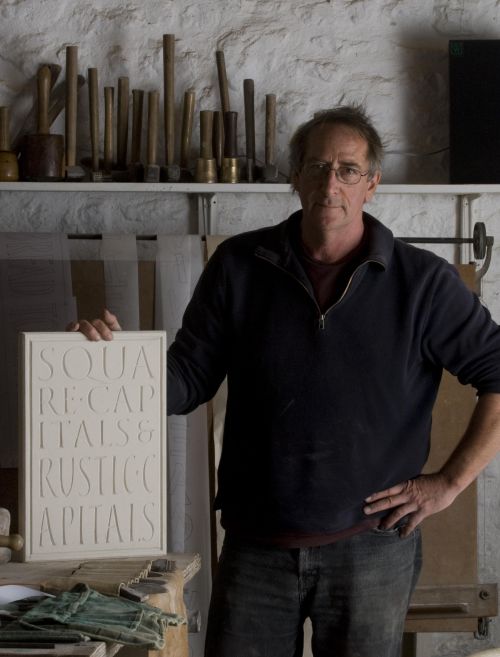 Andrew Whittle is one of the UK’s foremost letter carvers, whose work includes permanent inscriptions at Tate Britain and the Serpentine Gallery, the Animals in War monument in Park Lane, London and at the Museum of Modern Art in Edinburgh.

In 1985, Andrew founded the lettercutting course at Weymouth College where he taught for thirteen years. In 1989 he began working with and lecturing for Memorials by Artists. The Scottish Lettercutters Association was set up as a result of a series of courses tutored by Andrew in Edinburgh and Fife. He has been a member of Letter Exchange since it’s inception and has given lectures at the Art Worker’s Guild.

In 1991 he completed his first piece of work with the poet and conceptual artist Ian Hamilton Finlay, a collaborative partnership which continued until Finlay’s death in 2006. He has worked with many other well known artists and sculptors, notably Phillip Jackson, Nigel Boonham and David Backhouse.

Alongside architectural and public art Andrew makes memorials for churchyards and cemeteries for individuals from all walks of life.